The second of two suspects in the vandalism of the Old Dutch Community Church near Ellettsville has been arrested according to to the Monroe County Sheriff’s Office. Gregory Silvey, and Tyler Price, both in their 20s, are the suspects caught on the church’s surveillance camera system between 9 p.m and 11 p.m. Monday. Three sides of the church, and a propane tank were covered in graffiti with satanic, anti-semitic, racist, anti-police, and other offensive messages. 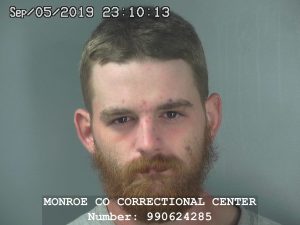 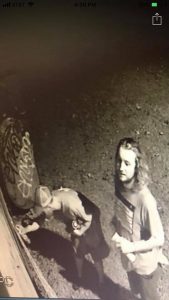 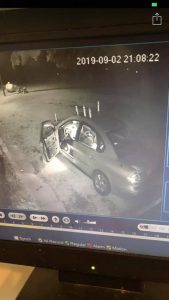 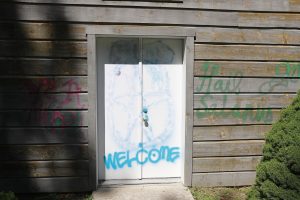 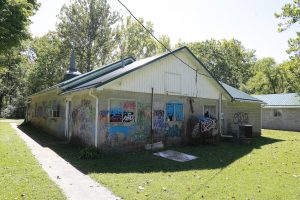 The following release was sent to the media after the first arrest.

Media Release
September 5th , 2019
FOR IMMEDIATE RELEASE
Contact: Ryan C. Davis, Captain of Operations
Monroe County Sheriff’s Office
(812) 349-2784 – Office
[email protected]
On Tuesday, September 3rd , 2019 Monroe County Sheriff’s Office Deputies responded to Old Dutch Community Church located at 7664 N. Old Dutch Church Road Ellettsville, Monroe County, Indiana in reference to a vandalism complaint. Upon Deputies arrival to the scene, they discovered that the entire outside of the building, along with other items on the property had been spray painted with various images and words. Deputies were able to speak with the Church Trustees and review surveillance footage from the church. The surveillance footage revealed two males arriving to the church property around 9:00 PM on September 2nd in an older model Ford Taurus. The two individuals are seen spray painting the church until eventually leaving around 11:00 PM. Images gained from the surveillance footage from the church were placed on the Monroe County Sheriff’s Office social media pages in the hopes that someone would come forward with the identity of the two males. Our social media followers began calling and sending private messages with the names of the two males from the pictures that were released. MCSO Deputies were responding to the residence of one of the suspects when they observed an older model Ford Taurus matching the vehicle driven by the suspects. A traffic stop was conducted on the vehicle for an equipment violation. The vehicle was being operated by Tyler J. Price (25 year old male, residing on West Vernal Pike, Bloomington, IN). Mr. Price was one of the individuals identified in several tips sent to MCSO, as being one of the individuals in the images that were released. Mr. Price was arrested and a subsequent vehicle inventory was conducted. During this vehicle inventory, twelve (12) cans of spray paint were located inside of the vehicle. Mr. Price refused to answer any questions after being advised of his rights.

Tyler J. Price was remanded to the Monroe County Correctional Center on the charges of: Criminal Mischief, as a Level 6 Felony and Criminal Trespass, as a Level 6 Felony. His bond has been set at $4,000 surety, $500 cash. Additionally, a hold has been placed on Mr. Price by probation.
The other male depicted in the surveillance footage from Old Dutch Community Church has been positively identified and MCSO Deputies and Detectives are attempting to locate him at this time. Once the individual has been located and taken into custody, his name will also be released. The Monroe County Sheriff’s Office thanks everyone for calling and sending in tips to help us quickly identify these individuals. Your continued support to our agency is greatly appreciated.