Five members of the Purple Shirt Brigade were arrested during the Bloomington Community Farmers Market for holding signs during a protest against Schooner Creek Farm, Saturday, November 9, 2019 in Bloomington, Ind. The signs are a violation of market policy. A market worker asked the protesters to put away their signs, and they refused, so the police asked them to do so, and they refused, so the police informed them they would be arrested, and when the protesters did not put away the signs, they were arrested. Charges were disorderly conduct, and trespassing. The first protester to be arrested was Forrest Gilmore, who said he was protesting as a private citizen. Gilmore, dressed as a unicorn, was led from in front of the Schooner Creek Farm booth to the sidewalk across Morton Street. Soon four more protesters were led there by police as well. Police wrote citations, but told protester Lesamarie Hacker that they were being arrested, just not booked, or taken to jail, but told they cannot return to the market space for 24 hours, and if they return next week to do something similar they will be arrested for criminal trespass and booked. None of the protesters arrested Saturday were placed in handcuffs.

All charges are mere allegations unless and until proven guilty in a court of law. 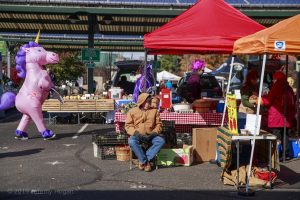 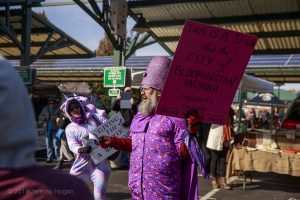 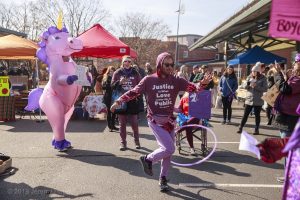 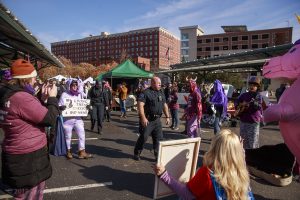 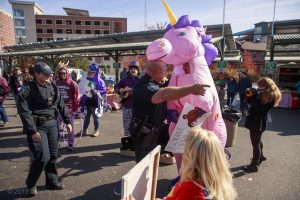 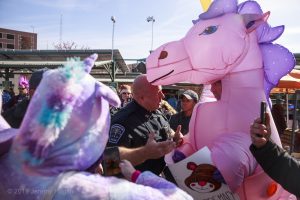 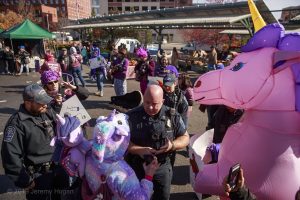 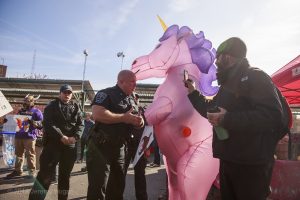 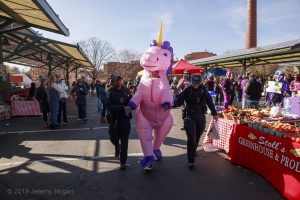 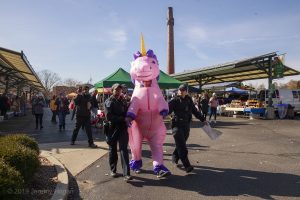 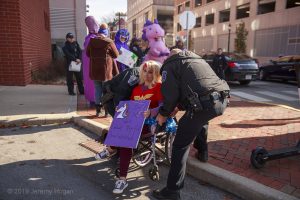 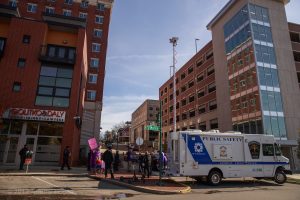 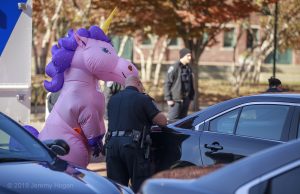 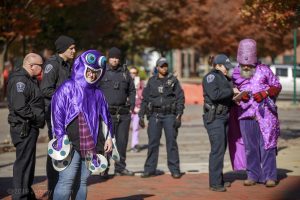 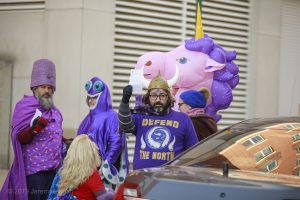