Bloomington firefighters fought a fire in a fully involved single story wood house that appeared to be unoccupied in the 2400 block of West Third Street, Thursday after being dispatched around 5:15 p.m., Friday, according to scanner traffic.

Three days ago the building’s owner made a report to the police that people had been squatting in the house, according to scanner traffic. The fire shut down Third Street at Cory Lane, and drivers were being diverted but the street was later reopened.

Firefighters were at the scene for over an hour as they put out the fire, and mopped up hot spots.

The Bloomingtonian photographed firefighters on the scene after 6 p.m. and the fire had been extinguished, but firefighters continued to work at the scene. The roof of the structure seemed to be intact, but the front windows of the house were broken, and the structure appeared to have extensive damage inside from the fire. 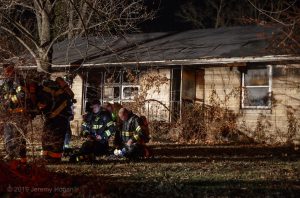 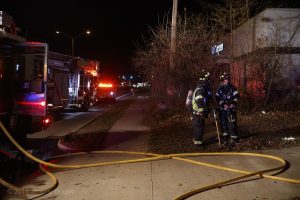 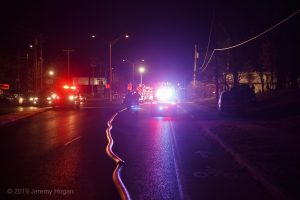 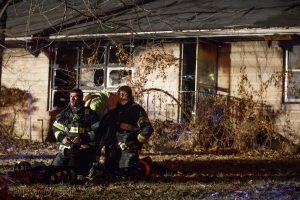 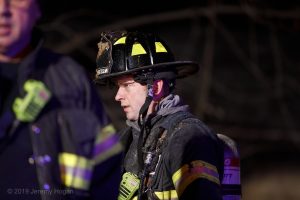 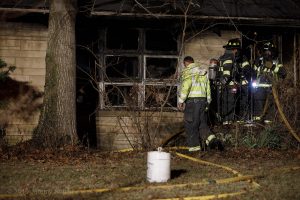